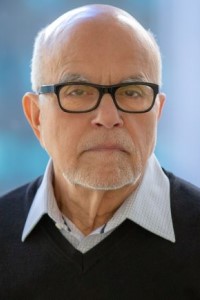 Joseph retired in June 2017, after almost thirty years with Bank Leumi USA, as Division Executive, Executive Vice President and National Head Real Estate Lending. Joseph was a consultant to the bank until April 2020, and continues to be an advisor to several real estate entrepreneurs.  Prior to joining Bank Leumi USA, Joseph had more than fourteen years of experience in the commercial banking industry. He also served as the Director of Acquisitions, Dispositions and Asset Manager for two major  New York real estate developers and investors.

Joseph held membership in a number of real estate organizations including the New York Real Estate Board and the Real Estate Lenders Association. He is on the Advisory Board of the Stoler Report and served as the president of The Business Credit Club.  Joseph received an Executive Award from the Graduate School of Credit & Management of The Amos Tuck School of Business Administration at Dartmouth College. He also holds a Bachelor of Science Degree in Management from the New York Institute of Technology.  Joseph served in the United States Army, Republic of Vietnam and was awarded the Army Commendation Medal.